I am located in Salt Lake City, Utah. If you have any questions, want to get into contact with me, or setup a meeting, please do so with any of the below contact methods. 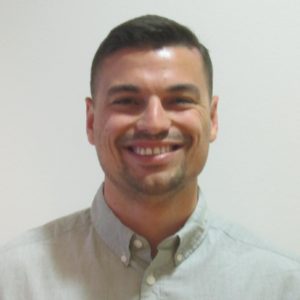 I joined the United States Marine Corps in 2008 and served for 4 years on active duty. While in the Marine Corps, I was stationed in Okinawa Japan, trained throughout Southeast Asia and had one combat deployment to Afghanistan. I was honorably discharged in 2012 and started my Bachelors Degree at The Art Institute of California – San Francisco. While in school I began my career working as a Junior Front-End Developer at JMS, where I learned the fundamentals of OOP, modular development, and user interaction. I then worked at KNI as a Front End Developer, where I implemented production builds using source control, task runners, code optimizing node modules, CMS, and OOP JavaScript structure. After working remotely for over a year, I decided to pursue an opportunity at Clearlink to start working on Salesforce Commerce Cloud (SFCC). During my time at Clearlink, I used my skills to develop and implement a new and more robust content template infrastructure for a large scale e-commerce client (Mattress Firm) while learning the ins and outs of SFCC. After developing and building my SFCC skills, I transitioned to PixelMEDIA as a SFCC Software Developer and worked as a lead developer on several accounts, most notably Metallica and Bauer. After working for PixelMEDIA for about a year, I was approached and accepted the opportunity to be the Sr. Web Engineer for Black Rifle Coffee Company.

As a Sr. Web Engineer, I, of course, know HTML, CSS, JS, PHP and Ruby. We all know the modern web isn’t built with static sites and there are tons of frameworks and libraries out there. For CSS preprocessors I know and primarily use SASS/SCSS, though I can use pretty much any preprocessor (Stylus, LESS). Javascript is definitely the most intriguing/my favorite language and I love building things using jQuery/Ajax and underscore. I have also done several projects using AngularJS(1.0), ReactJS, and utilized handlebars for templating on a web app several years ago. Optimizing the websites I work on is extremely important and that is why I utilize task managers like Webpack, Grunt, Gulp, or Roots to add packages from either NPM, Yarn, or Bower that help me accomplish that. For Front End/Wordpress implementations I use a boilerplate (that I helped build) that utilizes Gulp and only NPM. When developing SFCC sites, I am most familiar with the Javascript controllers Site Genesis and the Storefront Reference Architecture. I have also worked with many integration cartridges such as Cybersource, Avatax, Powerreviews, and Baazarvoice.

Graduated from The Art Institute of California – San Francisco with a Bachelor of Science in Graphic & Web Design.

Black Rifle Coffee Company is a coffee roaster based in Salt Lake City, Utah, owned by former members of the armed forces of the United States.

Metallica is an American heavy metal band. The band was formed in 1981 in Los Angeles by vocalist/guitarist James Hetfield and drummer Lars Ulrich, and has been based in San Francisco for most of its career.

The Cove at Tiburon is just 15 minutes from San Francisco, which you can see from the marina. But it feels a world away. Situated right on the water between the Audubon Society and Tiburon Ridge, The Cove is where your day starts with a breath of fresh air.

From virtual reality to drones and smart homes, Nod is redefining the way we converse with our machines.

Investors want to read your proxy online, yet it was built for print. iiWisdom provides a digital solution designed by institutional investors to match their workflow. We host your proxy site on our investor portal and provide an interactive proxy link for your investor relations web page.